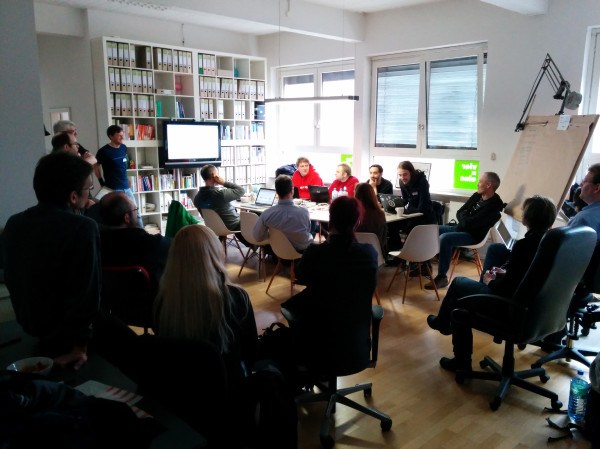 Some of you may have heard of Code for America. It’s an awesome program that encourages civic hackers, developers and designers to use their skills for the public good. Similar programs exist in several other countries – and now there is a German divison, too!
Mappable was excited to support the launch by organizing the Hamburg Open Data Day on February, 22 together with Marco Maas of OpenDataCity. The event was a full success with close to 30 people coding, mapping and discussing the whole day (and into the night). Some results can be found on the Open Data Day Hackdash.

Encouraged by the event we are now in the process of organizing a regular monthly meetup and forming an ‘OK Lab Hamburg’ (equivalent to the Code for America Brigades). The first one will take place on April 7. So drop by if you’re in town.